Home › Cradle to career › COLLECTIVE IMPACT IN DAKOTA COUNTY: Everything works better when we work together

COLLECTIVE IMPACT IN DAKOTA COUNTY: Everything works better when we work together

During a collaborative meeting, a  ministerial worker talked about a young man he was working with who wanted to leave gang life. From those discussions grew the creation of a three-year business plan which explores the possibility of a much needed youth center.  How did Dakota County go from a discussion of one situation to working toward meeting a broad based need-the answer is Dakota Connections.

What is Dakota County Connections?

The glue that holds the group together is Siouxland Human Investment Partnership (SHIP) and its committed partners. The coodinator for DCC is JoAnn Gieselman. She organizes the activities of the multiple organizations so it can operate as one well-oiled machine.

It’s this coordination and regular communication that brought the concerns of one social worker forward to a larger group with intertwined resources. Together, they uncovered a larger problem. And together, their moving forward with a solution.

The power of getting everyone in the same room

But the more the group talked, the more they agreed that the gang problem in South Sioux City went beyond the needs of one young man. So those who felt they could help formed a small group called Getting Out of Gangs. And over time, that groups discussion landed on an immutable fact: In South Sioux City, there’s not enough for kids to do after school. And the hours between 3 and 6 pm are when most of the gang activity is happening.

The group broadened its scope, becoming the Safe and Healthy Youth group. They identified existing resources—the YMCA, the library, and even Boys and Girls Club, across the river in Iowa, where they arranged to have students bussed after school. It was a start, but it wasn’t enough. So they engaged more partners, shared what they had learned, and as of today, they’ve identified a building option that could be the home of a youth center.

“This youth center could really happen,” said Gieselman. “It’s not just Dakota County Connections. It’s our chamber, our city government, our schools, all working together to build this community. We support each other in all kinds of ways.”

With the power of the whole community behind it, there’s now a three-year business plan from now until completion. And the youth center will stand as a shining example of what collective impact can do.

Believe it or not, it’s the meetings.

DCC meets every month. The more specialized small groups met at other times. And despite overscheduled workdays, many DCC members said they made it a point to attend,
because it’s at these meetings that problems are solved.

“We had a child who wanted to take part in a bicycle safety class, but the child didn’t have a bike or a helmet, so he couldn’t do it,” said Geiselman. “That came up in the group, and one person said ‘I know a guy who fixes old bikes and can provide one,’ and someone else said, ‘I know someone with a couple of helmets.’ In about 5 minutes, the problem was solved. People know that those kind of problems get solved at these meetings.”

When change agents come together, everything comes together.

DCC, in partnership with Nebraska Children, has also made an extensive time and capital investment in early childhood care and parent education. Area therapists received the highly sought-after Parent-Child Interaction Therapy (PCIT) training. And because of DCC’s focus on collaboration, messages about PCIT are being given across the county. Thirteen child care providers have also taken part in Nebraska Children’s Rooted in Relationships initiative. By implementing the Pyramid model, they have created early learning environments that are more supportive for emotional well-being. Teachers and parents in these classrooms have access to resources that assist in improving child behaviors and providing more nurturing care.

When one organization offers parent training, it’s not just for that organization’s clients…it’s for all parents to attend. DCC even provides scholarships to encourage attendance. And the results are nothing short of astonishing. These strategies, including after school programs, parenting education, support for early childhood providers, are all related directly to the DCC goals of reducing juvenile arrests, reducing substantiated instances of child abuse and neglect and improving the lives of children and families. They hope to continue working towards the positive effects already occurring. 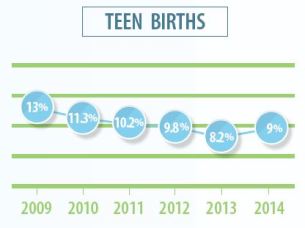 Strategies at work in Dakota County

Nebraska Children and Families Foundation supports children, young adults and families at risk with the overall goal of giving our state's kids what they need to reach their full potential. We do this by building strong communities that support families so their children can grow up to be thriving, productive adults.