Posted on January 28, 2015 by Nebraska Children — Leave a comment

We talked in a recent post about how violent juvenile crime spikes at 3 pm. Other high-risk behaviors among tweens and teens flourish in the afterschool hours and summer months as well.  We’ve also already talked about how Expanded Learning Opportunities (ELOs) keep kids safer afterschool.

But an investment in ELOs does more than keep students safe. It makes communities safer for everyone.

The afterschool hours are prime time for crimes committed by youth. And we’re not just talking about the shoplifting, loitering and vandalism you’d expect. Most violent juvenile crimes—including homicides—happen in the non-school hours. When young people are engaged in meaningful afterschool and summer activities, the instances of these crimes dramatically decrease. 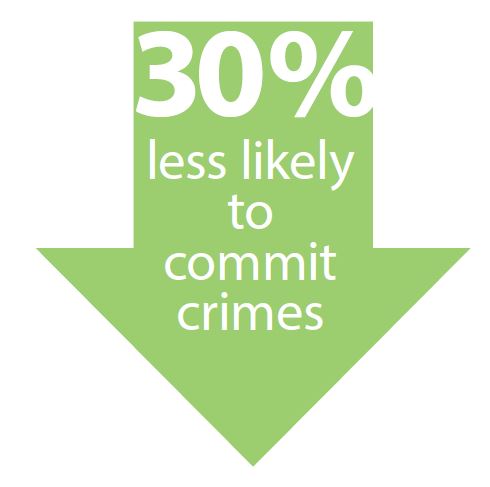 A study found that children who attended LA’s afterschool programs were 30% less likely to participate in criminal activities than their peers who did not attend the program. Researchers estimate that every dollar invested in the LA’s BEST program saves the city $2.50 in crime-related costs. (UCLA National Center for Research on Evaluation, Standards and Student Testing, September 2007)

A study of afterschool programs in 12 high-risk communities found that, among youth participating in the programs, vandalism and stealing dropped by two-thirds, violent acts and carrying a concealed weapon fell by more than half, and arrests were cut in half. School discipline, detention, suspensions and expulsions dropped by a third. (Fight Crime, Invest in Kids, 2009)

That’s a huge payoff for an investment in afterschool and summer learning opportunities.

FIND OUT MORE. DOWNLOAD THE BIG BOOK OF ELOs IN NEBRASKA NOW.